To Dig or Not To Dig

To dig or not to dig? That is a question that's likely to divide opinion, particularly if you have a vegetable plot or an allotment.

On the one hand, the diggers say that opening the earth up exposes it to frosts that break up the soil into a lovely friable aerated structure. Birds can pick off undesirable bugs and insects together with weed seeds.

No digging adherents say that digging destroys the soil's structure, increases the number of weeds by exposing dormant seeds, and decreases the amount of worms and beneficial micro-organisms. They reason all that's needed is a regular mulch of compost that worms can work into the soil to feed the organisms, creating a highly nutritious soil for your plants. 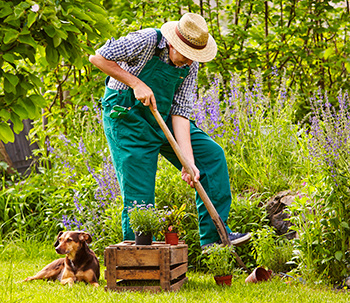 Remove all perennial weeds such as docks and cow parsley. Dig deep to ensure the whole root is taken out or it will regenerate. Couch grass and bindweed amongst others have extensive root systems that require complete elimination.

After removing the weeds, the most common technique is called 'single digging' and involves excavating a trench at one end of the plot (about a spade deep – referred to as a 'spit') and then depositing the soil at the other end. Soil from the next trench goes into the the first one together with added organic matter and continues along successive trenches until the initial soil goes into the last trench.

Annual weeds will emerge when the earth is disturbed in the spring. To prevent being overwhelmed, it's a good idea to rake over and prepare seed beds several weeks before they are needed. You can then hoe the emerging annual weeds before sowing the seed.

How Not To Dig

No diggers advocate an annual mulch of compost and well rotted manure, 2ins is usually sufficient. Worms will then work this goodness into the soil, aerating the earth, improving its structure and nutrient content.

By the time spring arrives, the worms and frost will have turned the soil texture into a fine tilth perfect for sowing seed.

Raised beds are particularly appropriate for a no-digging approach as you never tread on them and therefore compact the soil. Any weeding is done from the side and, in any case, the compost will suppress weed growth, and, although some seeds will blow in on the wind, they are easily removed. 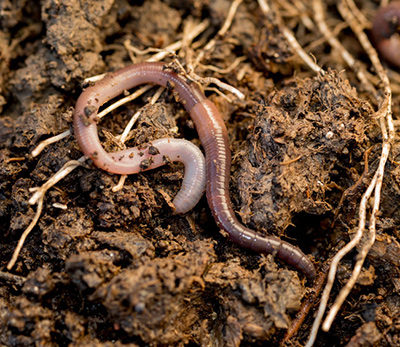 If you ave taken on a new plot, whether you dig or no dig, weeds need to be cleared but don't use a rotavator, as these are great at chopping up and spreading perennial weeds.

There are several techniques but they all rely on weeds dying off through lack of light. Many people advocate the tried and trusted method of laying old carpet over an area, but rotting carpet doesn't look good and may also leach chemicals into the ground.

Large sheets of thick plastic weighed down by bricks is another and probably superior material of choice, either laid directly on the ground, on cardboard to cut out even more light, or over a mulch of organic matter which will both increase the plastic's effectiveness and feed the soil.

Six months will be enough time to deal with annual weeds but perennials may take a year. When the sheeting is removed, any surviving weeds can be dug out by hand, making sure you remove all the roots.

Another approach if you have enough compost is just to lay cardboard over the plot and then cover with as much as 6ins of compost, this will adequately reduce the amount of light reaching the weeds and any survivors can easily be picked off.

Dig Or No Dig

There's no doubt that no digging is increasingly popular, particularly if you are unable or unwilling to take on physical activity. But others see digging as an essential part of the growing cycle, if there is no pain there's no gain and we have been digging for centuries so why stop now.

For no digging you do have to have access to large amounts of compost but, judging from the rapidly increasing popularity of raised beds, the digging nay sayers seem to have the upper hand, and that will keep all our worms very happy indeed..