Our Guide To Ornament Materials

Garden Ornaments are fantastic at adding interest to any landscape and a marvellous way to create a theme or particular ambiance. With such an impressive choice that's available, from classical to contemporary, there is also a wide selection of materials that complement each subject.

Used as focal points or a centrepiece, ornaments catch the eye and can add structure and textural interest to a garden along with visual decoration. Different types of stone, metal and resin are all used to great effect, reflecting and increasing the impact that an ornament makes. 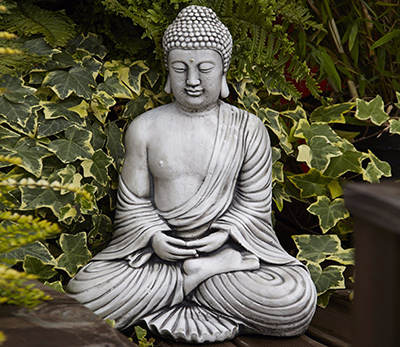 Stone, whether quarried or reconstituted is the most widely employed material and its versatility is represented by its use for such a huge variety of ornamental pieces from various forms of statuary and sculptures to bird baths and sundials.

Reconstituted or cast stone is popular due to its affordability and adaptability. It is widely used to replicate stone ornaments at stately homes because its appearance, particularly after a natural patina has developed over time, is practically identical to natural stone and the quality is always consistent.

Leading manufacturers include Haddonstone, Borderstone and Lucas Stone, and their ranges include classical statues featuring Roman and Greek figures, religious icons, mythical and humorous subjects, together with themed ornaments such as pagodas and Buddhas to create an oriental garden.

Eastern Connections are another major brand but they specialise in ornaments made from limestone, basalt, and granite rather than cast stone. Another alternative is provided by Enigma who create fabulous ornamentation from crushed marble and high quality resin.

Enigma offer an extensive collection of ornaments, some are finished in bronze but most have a smooth alabaster white finish which looks tremendously effective whatever the subject, and their range is hugely eclectic which something to suit every garden. 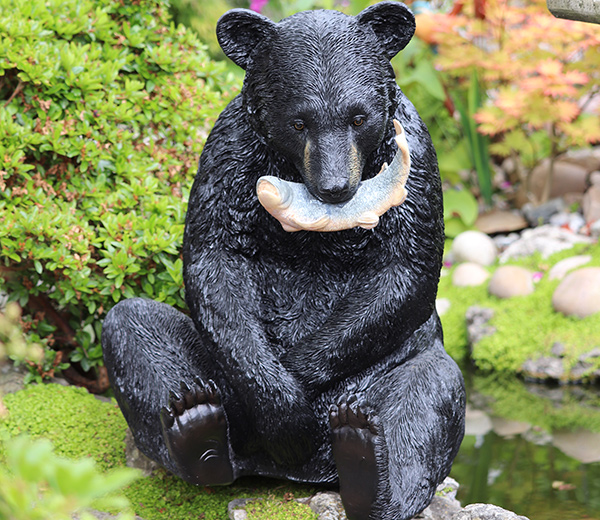 Resin is a very durable and frost resistant material, therefore ideal for outdoor use. Exceptional detail is also a key feature of these ornaments and many are splendidly hand painted, with the result that they can be displayed very attractively indoors as well as in the garden.

Vivid Arts and Design Toscano both have comprehensive ranges, particularly popular are the wild and domestic animals, fairies and other mythical figures, there is also an exciting range of religious, oriental and classical pieces in addition to Gothic subjects that might not be to everyone's taste but the exceptional workmanship is undeniable.

Home & Garden ornaments have an aged verde finish similar to bronze and include a splendid selection of fairies, pixies and characters from children's literature in their collection, while Dinova sprinkle marble dust in the resin to create a terrazzo marble effect that is apposite for their range of spiritual, oriental and magical figures. 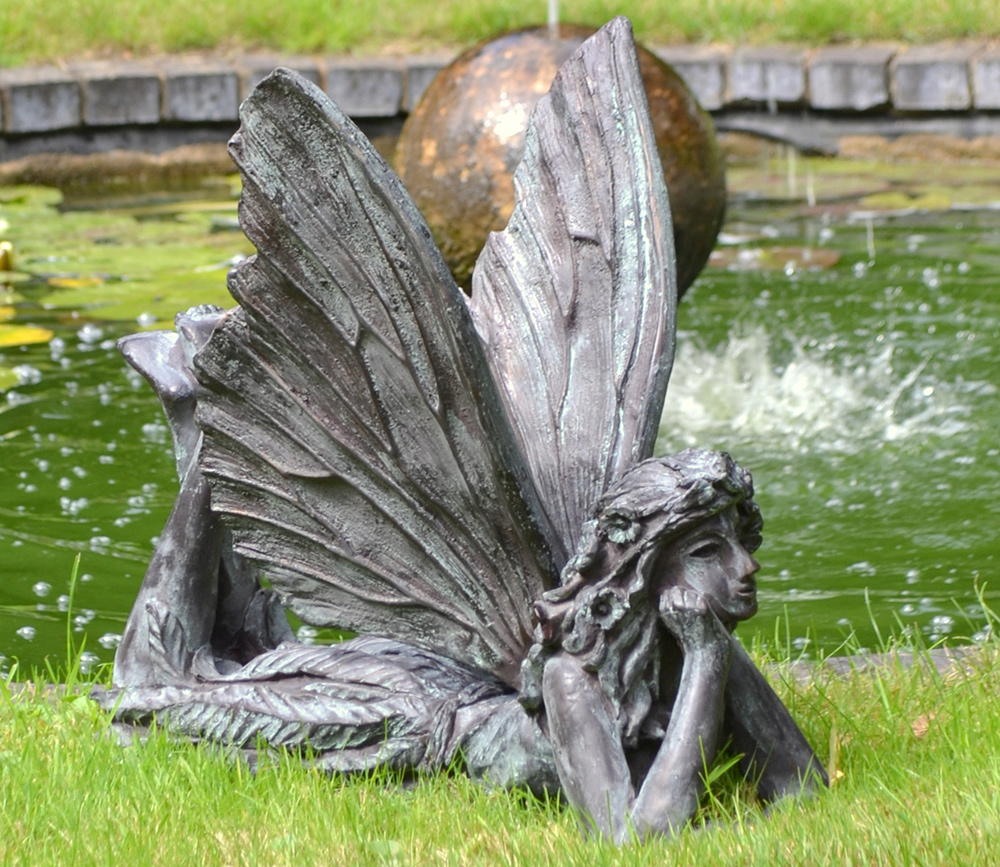 Iron, bronze and aluminium are all metals that are used to create stunning garden ornaments, their durability is unquestioned and animals in particular are a favourite subject, both wild and domesticated, real or mythical, they are vividly portrayed and robustly presented.

When aluminium is used in the extensive Home & Garden range, a bronze or similar surface finish gives the ornament an attractive appearance similar to a natural patina, several sets of deer and other enchanting animals as well as fabulous ornaments picturing flying birds, dragons and Buddhas clearly benefit from this effect.

Home and garden also produce elegant iron sculptures including a contemporary Giraffe Family study, and bronze ornaments from Adams Bronze and Brass Baron will surely become collectors' items in the future due to the superb workmanship that that everyone will appreciate, with animals, birds and humans all tremendously well observed and sculpted.