With a simplistic design of a wall structure sporting a carved ornate sun with a face, the mouth spouts out water into a large rectangular basin below, which acts as a self-contained reservoir for the feature. From here the water is recirculated back to the top of the fountain using the included water feature pump, which itself is fully submersible and comes with 10m of power cable allowing it to be directly connected to a mains power supply.

A compatible Henri Studio underwater LED light kit is also included with your feature, which in the evenings will give your feature a brilliant aesthetic that will be sure to draw the attention of anyone who looks.

Just like other Henri Studio features, this feature is constructed using cast stone for an appearance that is rich in character and a product that will last for years to come. 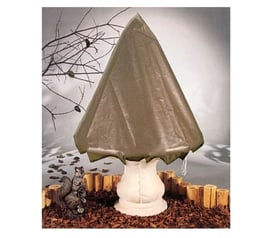