How to Design your Garden with Haddonstone Ornaments

Haddonstone are famous internationally for their cast stone landscape ornaments. The company has been designing and manufacturing superb garden stonework in classical and contemporary styles since 1971. Here Nathan James Dodd explains how their top quality products can transform your garden. 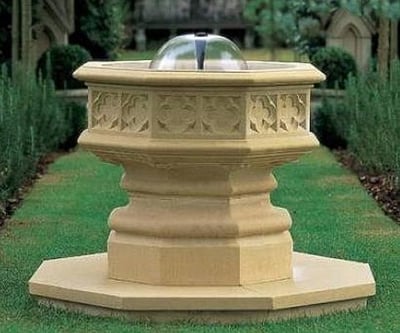 Written by David Coton - Partner at GardenSite
Published on Friday, 28th of August, 2015.

Renowned for their high quality and attention to detail, Haddonstone uses a unique form of limestone that weathers better than quarried stone, needs no special maintenance and is environmentally sustainable.

Adding an ancient Roman feel can effectively be achieved with a Roman Jardiniere Stone Planter, a large cast stone planter that features simple lines and good proportions. You can also watch the sun go round on the Roman Sundial, like it has done for 2000 years since its inspiration.

Absolutely appropriate would be the statues of the Four Seasons, beautifully sculptured and stunningly attractive. And if you have a wall, murals are available with cherubs depicting the different seasons.

Ancient Greece can be evoked with urns and vases from the Olympian and Athenian collections. Timeless designs that will also add indefinable class to any contemporary setting. Their effortless elegance providing graceful features that will always be an adornment to any garden.

Arcadian sundials and fountains suggest an age when Greece was the centre of world civilization and what better to recreate that age than a bust of Aristotle or a statue of Andromeda, who in Greek mythology was chained to a rock as a sacrifice to a sea monster. You'll be relieved to know that she was saved by Perseus.

Coming more up to date and closer to home, various periods of British history can be implied with the use of the Elizabethan, Tudor, Regency ornaments including urns, troughs, containers and bird baths. The Trafalgar Urn Stone Planter, to take one example from a large range, is a cast stone urn redolent of the early 19th century with egg and dart moulding on the rim and a fluted base.

There are also reproductions of artefacts from Britain's best-known homes and gardens that will add grandness to any formal garden. This collection includes a Shugborough Vase, a faithful reproduction of the original at the eponymous stately home in Staffordshire which looks superb when coupled with an Elizabthan Plinth, while the House of Dun Planter replicates one at the Georgian house in Scotland.

These reproductions are so good that the National Trust has often commissioned replacements for damaged originals at their properties.

Gothic is a style that has its origins in medieval Europe, following the collapse of the Roman Empire and was revived in the 1740s, providing a contrast to the prevailing classical forms. It has an eerie monolithic feel with weathered stone and dark shadows that vast cathedrals built in the middle ages most accurately reflect.

The Urn and Base would be a good starting point for any Gothic design, a distinctive ornament with eight sides and single quatrefoil panels on top of a waisted square base. These imposing urns border the Rose Walk at Lambeth Palace, the home of the Archbishop of Canterbury.

The quatrefoil, literally meaning four leaves, is a Gothic icon and is used extensively on the range's designs and they are again apparent on the octagonal Gothic Vase. The Gothic Basket Planter has has interlaced strapwork and acanthus leaves around the base while leaf and ribbon moulding adorn the rim. Perhaps acting as a centrepiece to any Gothic design would be the magnificent fountain reminiscent of a country church font.

A Grotesque Gothic Wall Fountain would certainly be a talking point and there are other designs available including those based on the traditional Green Man and Medusa.

At the other end of spectrum, glamour can be introduced with the Neapolitan Fountain. This is a large tiered water feature with shell bowls and pedestal supporting an ornate triple dolphin centrepiece. The Bayeux Fountain is also an impressive confection of stone pillars and double moulded bowls.

So there you have it. Whatever era you want to aspire to these ornaments, expertly designed and precisely crafted using quality materials, will be the cornerstones to any design. 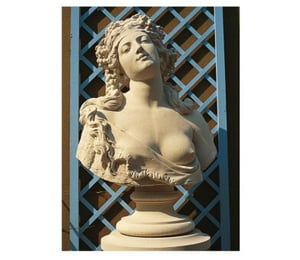 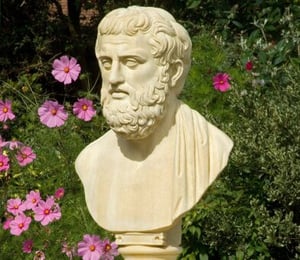 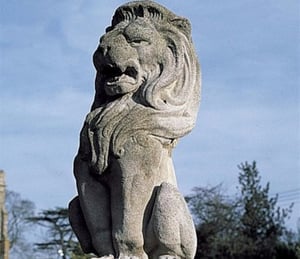 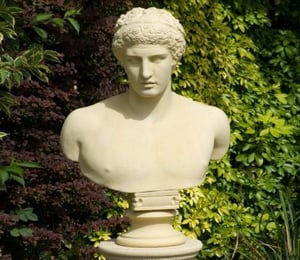 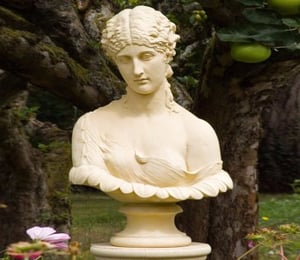 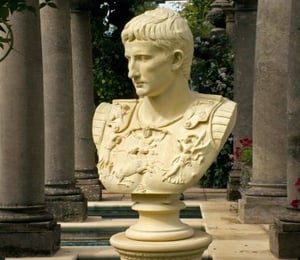