Robert Hall reviews the new Halls Qube Greenhouse, stating that; this is a major evolutionary step in greenhouse design. Read his full review of the new range here. 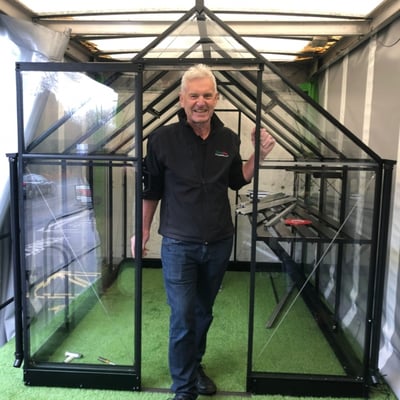 Creating a new greenhouse design is never going to be a revolution. Let’s face it - a greenhouse is a greenhouse, a structure made from wood or metal and a lot of glass!

And that glass has to be maintained safely within a structure, ideally within a suitable frame and always at the best possible value for money to the end user. The basic aluminium greenhouse that we all know successfully fulfils that brief and has done for many years. And the basic shape hasn’t changed that much over the last decade or two.

The Halls Qube Greenhouse is a Real Evolution

The most dramatic change is in the shape of the aluminium bar-frame sections which hold the structure, and the glass in place. Gone are the traditional T-shaped extrusions and these have been replaced with a new cross-box section that has far more inherent strength.

You cannot twist these new cross-box sections with your hands, but they are still light enough to mean that packaging, transportation and installation are all still very manageable.

The glass is held in place with a long plastic capping which slides easily into place, making the installation of the glass, and the security of the glass, much improved over the often used w-shaped clips. In fact, the whole greenhouse is far easier to construct and it is estimated that the new Halls Qube models will go together in at least 30 minutes less time than the same sized equivalent style of a popular aluminium greenhouse.

The design is so inherently strong that the long tried and tested heavy ridge bar is no longer needed. Traditionally with aluminium greenhouses, the ridge bar has been the backbone of any greenhouse and all other extrusions hang from it. The bigger and stronger the ridge bar, the stronger the greenhouse. But not with the Halls Qube; as it really is that different, stronger and much more practical.

The Halls Qube Has No Ridge Bar….and Looks Better For It

Visually this lack of ridge bar makes quite a startling difference and helps to reinforce the new sleeker and more modern style that also sports metal cables to add that final degree of rigidity, instead of the usual flattened metal bars that are overly used in other ranges. When the light catches the new Halls Qube and the glazing reflects the garden that surrounds it, the new Qube almost appears to disappear into its background - very uncanny!

And the evolution does not finish there either, as Halls have looked closely at the sliding door and the position of the runners and moved the bottom runners up and turned them on their side, placing them on the greenhouse base. This gives a lot more stability and stops the door swinging out away from the base, a problem that the old fixing method, being placed above and below the door sometimes suffered from.

As you might imagine a low door threshold has also been designed into the new Qube range so it is easier to push in and out a wheelbarrow or small trolley. Another very useful feature.

Staging and shelving accessories in the same modern design have also been manufactured to suit, fixing directly onto the frame, taking up less space inside where you'd normally have legs to hold up the staging, but now this allows extra free space below for compost, tools, pots and even more plants.

The New Qube Is Available Now!

The Halls Qube is available in 6 x 6 ft, 6 x 8 ft and 6 x 10 ft sizes, all very popular sizes and in demand for the start-up greenhouse market. It also features a black powder-coated frame which matches perfectly with the black plastic capping used to hold in the toughened glass that is supplied as standard. This again adds strength as well as being the preferred choice of glass when safety is in mind.

The new Qube is also designed to be packed onto a single pallet making home delivery a lot less complicated and reducing risk for error. This also helps delivery costs to be kept in check as there is less manual handling required. And we all know pricing is always paramount and the Halls Qube will be competitively priced against the same specification of greenhouse currently on sale.

The Qube 8+ is Now In Production

As the x-box section design on the Halls Qube is so strong it has been relatively easy to develop the range into an 8 ft wide greenhouse which is named the Qube 8+. Benefiting from economies of scale, the Qube 8+ incorporates the same structural content as the Qube including all the joints being aluminium. You get an 8ft wide stylish, yet strong greenhouse that gives plenty of confidence along with plenty of space.

The Qube 8+ comes with double sliding doors as standard which makes for much easier access to the greenhouse, particularly when you are carrying loads in and out.

The economies of scale also mean that the pricing is very competitive compared to greenhouses in this sector that have the same strength as the Qube range does.

The Qube 8+ is offered in 3 sizes, the compact 8 x 8 ft, the 8 x 12ft which will probably be the most popular selling size and the extremely generous 8 x 16 ft model.

Conclusion - An Overview of the Halls Qube Range

This new greenhouse range from Halls is certainly an evolution in concept, design and packaging and that’s a real revelation for all greenhouse gardeners. The design team at Halls have certainly thought outside the box and the Qube range is their answer to the 21st Century greenhouse.

See the wind tunnel test where the Halls Qube range gets tested by prolonged speeds of wind to test the frame against our great British weather here.

Click here to see our range of Qube Greenhouses. 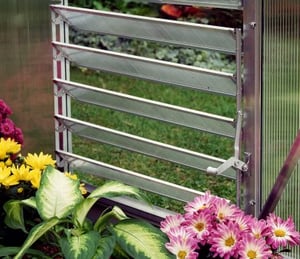 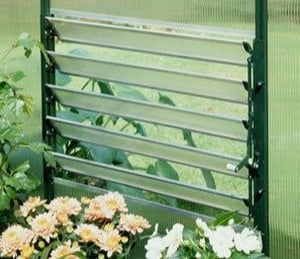 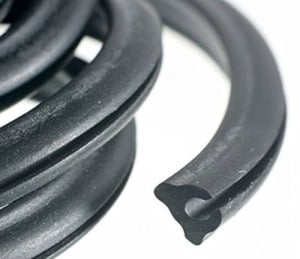 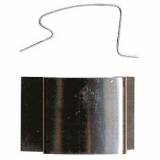 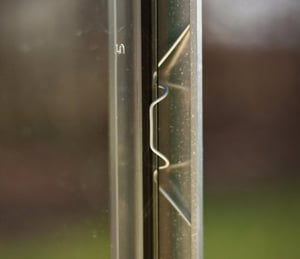