As an avid collector of exquisite garden vases, planters and sculptures, Robert Hall shares his experience about the Haddonstone brand. Robert's wealth of knowledge learnt from dealing with the company for many years as well as from his own Haddonstone collection at home makes his familiarity ideal for reviewing the products in question. 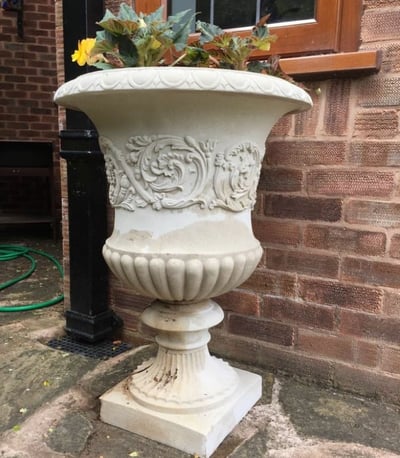 I have been living in my current house since 2011 and the back patio has been littered with an array of pots and planters ever since. Some were bought from my previous home and some I have added over the past 6 years.

As functional and attractive as they were I decided this summer was the time to take stock and move away from the chocolate box effect of all the different colours and sizes and replace that with a few more traditional planters from one manufacturer.

My house is 60-70 years old and I have two small stone vases in the front that I inherited and a Haddonstone Bird Bath in the back so the obvious choice was to stick with Haddonstone garden ornaments as they are more in keeping with the property and the overall effect I wanted to create.

I like to match up where I can but there was not one range from the Haddonstone catalogue that offered all the sizes and shapes I needed and the bird bath was more modern anyway and the inherited vases were traditional so I chose two products that were similar in style, but certainly not identical.

As they are all made from a composite stone what they do have in common is the same Portland stone colour and they all weather down. This is an integral feature with Haddonstone products and one that I see as a distinct bonus. The discolouration that starts to set in immediately eventually gives way to an aged colouration that, if you are lucky, will grow a little moss in a few years time.

This is the look I want. If that’s not the case, and you want your pots to look new for as long as possible chose the very popular glazed pots that are readily available from a number of different manufacturers and stocked by all good garden centres.

The two Haddonstone Gothic Baskets that I chose are deceptively large so make sure you look closely at the pictures as the size can surprise you. I wanted enough planting space to make a real splash of colour in the summer and two large baskets would suit me better than three smaller ones.

Attention to size was critical with the two Haddonstone State Vases (without handles) I chose as one would go near the path that comes around the side of the house and joins onto the patio and there is a pinch point on the corner where I wanted to site it.

Measurements carefully double checked and the pots were ordered, I just now had to excitedly wait for delivery. They arrived 2-3 weeks later on two separate pallets that were shrink wrapped. Polystyrene was used on the top of the pallet to seat the pots and it was also used between the pots to stop any sideways movement during transit. I was impressed with the quality of packaging but be warned there is quite a lot of recycling to handle once you have removed the pots from their packaging.

Sam and my trusted sack truck helped here as these pieces are pretty heavy and the last thing you want to do is chip them immediately after removing all that protection. I wrapped a couple of old towels onto the sack truck and Sam and I wheeled the component parts around into the back. It makes absolute sense to know, fairly accurately, where you are going to place these heavyweights before you get there. I had measured it all out and scratched small markings on the patio as my guideline.

Once I was happy with their positionings I stepped back to inspect them in more detail. They were very bright, like a pair of new trainers, but that would quickly fade in a short time. But what wouldn’t fade nearly so quickly was the amount of detail in the Gothic Baskets and State Vases.

They are also large and impressive enough to make a statement without being too ostentatious in my suburban garden. You can see a slightly raised line from the moulding on each piece, but it is not offensive to the eye and again in time will fade from view with the weathering process.

Haddonstone products are not cheap but they really support the maxim that quality lasts whilst price is quickly forgotten. I shall look forward to planting these up summer and winter for many years to come. 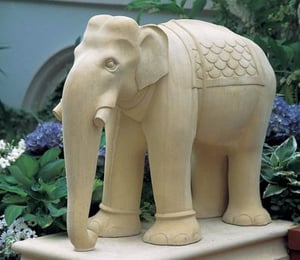 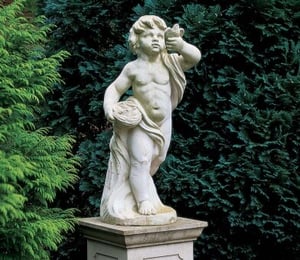 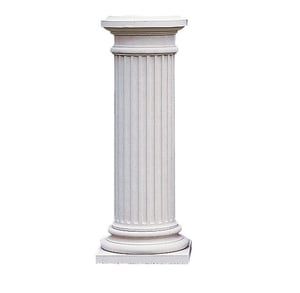 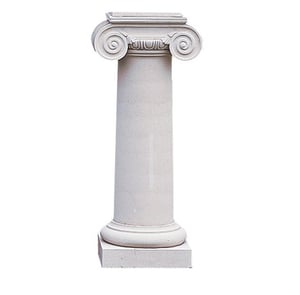 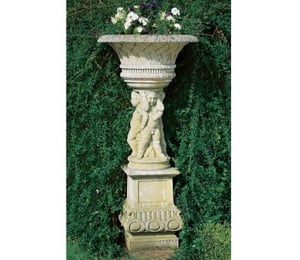 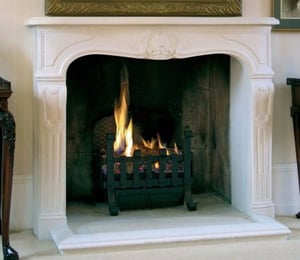