GardenSite were once again pleased to support the Boldmere Community Festival which took place on 18 November, with the Christmas Lights switched on by Alan Gardner, well known for his appearances as TV's Autistic Gardener.

More than seventy stalls lined a crowded Boldmere Road for this popular event, and a big turn out made the most of the impressive range of food and drink, handmade crafts, novelties and Christmas gift ideas that were on offer.

Entertainment was provided by a variety of performers throughout the afternoon and into the evening.

The Bishop Vesey Grammar School Band started proceedings in seasonal style, and there were no less than three choirs including one from Birmingham Cathedral.

Children were kept busy with attractions that included the ever-popular face painting, sand art and trampolines. Everyone thought Mad Dominic was awesome on his stilts, and the youngsters enjoyed handling the birds of prey brought along by Owl Man.

All the crowd were kept refreshed by the many stalls, including a Prosecco Bar, alongside local pubs and cafes, and there was Caribbean food, craft beers, pizzas, and Asian street food to ensure no-one went home hungry.

After Highbury Theatre offered a preview of Aladdin, their pantomime for this year, the lights were officially switched on by Alan at 5.30, and then the show continued with two more local residents, Irish musician Joe Cook and Rosie O'Sullivan from Britain's Got Talent entertaining the impressive crowd who had gathered.

Paul Long who organized the event thought that this year's festival was the most successful to date and thanked all the volunteers, local businesses and sponsors, including GardenSite, who made it happen. 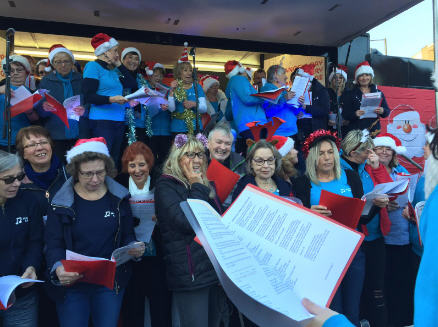 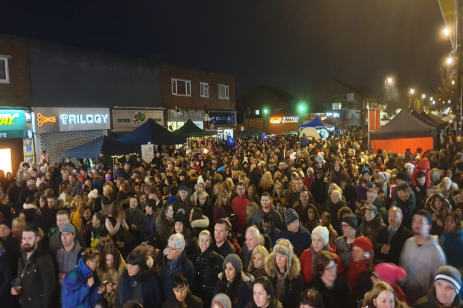 Which? Highlights The Dangers Of Cheap Christmas Lights

Buying cheap Christmas tree lights from an online auction site, rather from a trusted retailer such as GardenSite, might seem a good idea at the time but you will probably change your mind after reading a recent report from Which?

Written by Martyn Loach.
Published on Tuesday, 17th of December, 2019.

What Do I Need For A Great Halloween Garden Party?

You can create the spookiest Halloween Party in town with a spine chilling cast of para-normal misfits including ghosts, ghouls, zombies, vampires and many other sinister characters who inhabit the dark side. David Coton tells you how to transform your home and garden into a thoroughly scary experience.

Written by David Coton.
Published on Wednesday, 10th of October, 2018.

Dazzling with colourful interest in the sunshine, the Hampton Court Palace Flower Show is a tremendously popular annual event as it caters for both keen gardeners and also families who want a terrific day out.

Written by Martyn Loach.
Published on Friday, 24th of August, 2018.

There's no doubt that television provides gardeners with inspiration, sound advice and good ideas, that's why we're all looking forward to new programmes and the return of old favourites during 2020.

Which Gardening Magazine Should I Buy?

Gardening is such a popular activity with interest only increasing over recent years that the magazine rack in your local newsagent or supermarket is packed with publications offering inspiration and practical advice.

Written by Martyn Loach.
Published on Thursday, 19th of December, 2019.

What To Do In The Garden In January

Although the days are short and the view from our Garden Centre is dull and overcast, David Coton suggests various jobs that can be done in the garden during the month of January.

Written by David Coton.
Published on Friday, 29th of December, 2017.