GardenSite regularly receives requests from television companies to supply props for all types of productions. We reveal our favourite and most well-loved programmes which have featured, or have been donated one of our products. 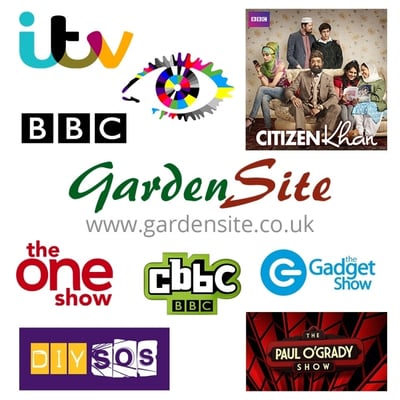 Written by Andy Taylor -
Published on Thursday, 7th of January, 2016.

A typical request dates from last April when we received a call from the producers of Beowulf, the prestigious thirteen-part drama now showing on ITV.

The Grange Apollo pergola wouldn't immediately come to mind as a Dark Ages' structure, but cover one in hides and this beautiful structure becomes a tent for our hero and his followers. We supplied ten pergolas for the series and you would only know their real identity from the distinctive domed shape.

Also on ITV in 2014, we sent the zombie of Montclaire to Paul O'Grady for his talk show, an unusual guest for a programme more accustomed to welcoming stars of stage and screen. But it was Chelsea Flower Show Week and there is nothing so scary as this zombie when he climbs out of your flowerbed.

Next up in 2016, look out for the Palmako Berta Gazebo on ITV that we built for a hospital neo-natal unit.

The same year of 2016, Big Brother on Channel 5 decided on a renaissance backdrop and asked for our assistance. We recommended some grand statues such as a Design Toscano Staverden peacock. They also had a pair of Home and Garden Lions that were sprayed gold and placed either side of the Big Brother House gates.

Citizen Khan on the BBC, the self-appointed community leader of the capital of British Pakistan, also required lions, this time stone rather than resin from our huge range of animal garden ornaments, to decorate his Sparkhill terrace house in 2012.

When Nick Knowles and the boys from DIY SOS were renovating a house for a disabled person last year, they contacted us and aquatics expert Andrew Hall travelled to Warrington with a biOrb fish tank to complete the refurbishment.

Sarah Beeny solved her clients' storage problems in Double Your House For Half The Money with Suncast plastic outdoor storage products. In particular, she chose to feature a wicker deck box amongst others.

Lighting Up The One Show

In 2013 we came to the rescue of a couple in Blackpool after being contacted by The One Show. Someone had stolen their Christmas lights, so we donated a replacement festive display. Not quite as extensive as the famous illuminations but these Konstsmide lights, Snowflake and Icicles certainly lit up their celebrations.

In 2017, Alan Titchmarsh's Love Your Garden team contacted us enquiring about our horizon arches. These were used in episode two of the 2017 season and incorporated into Rita and Betty’s garden, but to also frame the Lourdes inspired grotto which Katie made. The arches feature a pergola timber roof with 12mm thick diamond trellis panel sides, over which colourful and scented climbing plants can attractively grow. The arches are normally supplied in a natural timber finish, although were painted in a gorgeous eggshell blue to match the theme of the rest of the garden.

In 2018 we were again contacted by the Love Your Garden team, this time for an even more special episode, a makeover of an NHS garden! This year we were an official garden supplier, donating not one, not two but three picnic tables to ensure that there was plenty of outdoor seating available for both staff, visitors and patients to make the most of relaxing outside in the newly renovated gardens. You can see more pictures of the NHS special makeover here.

Other requests have included garden gnomes for the Gadget Show and a fabulous vivid arts gorilla for CBBC's All At Sea. 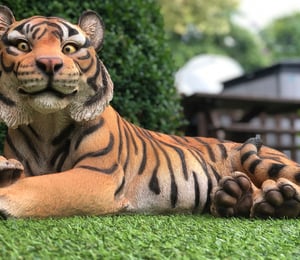 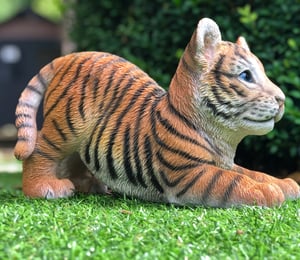 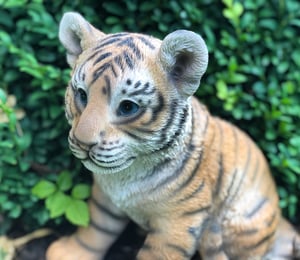 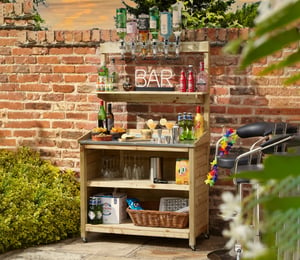 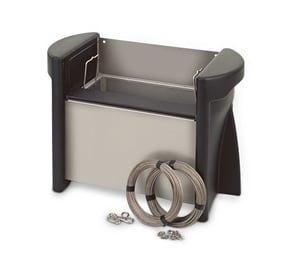 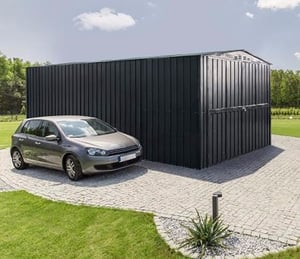